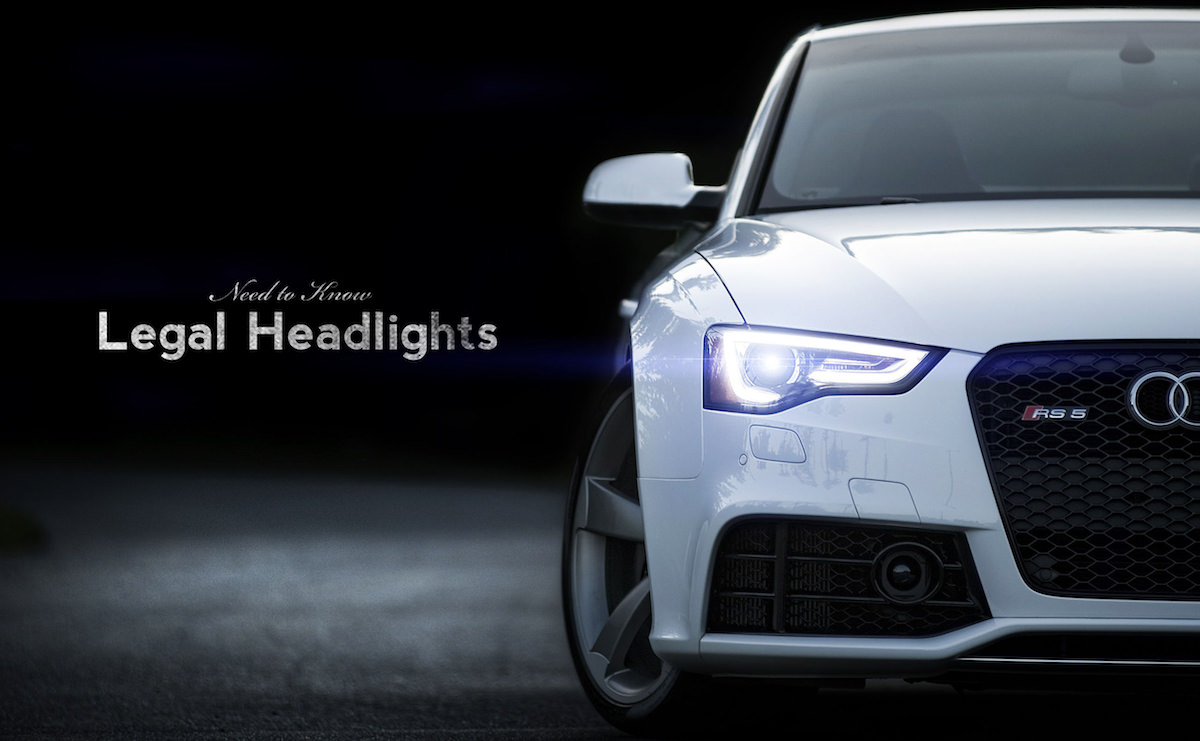 Q: “I thought High-intensity blue spectrum headlights are illegal – and make it hard for me to see properly while driving at night. Why is there seemingly no policing of this dangerous practice? What are the regulations?” – Blinded in Victoria

A: I don’t want to break your heart, but law enforcement lacks the resources to verify whether each set of questionable headlights meet local standards. Those blueish high-intensity headlights might make you see red, but the lights themselves might not be illegal, they probably just need some re-positioning.

“We had the exact same arguments about blinding headlights when the halogen lights came out years ago, after the old bulbs where you could barely see down the highway,” says Raynald Marchand, GM of programs at the Canada Safety Council. “If lights are blinding, it’s because they’re improperly aimed or the vehicle is heavily loaded.”

It seems that glaring headlights are often caused by an alignment issue. We see a lot of trucks with big loads and a lot of weight in the back that are throwing off the alignment of the lights, causing excessive shine on the vehicles ahead.

The issues lie in the aftermarket sector. Regulated by the provinces and the territories, The Highway Traffic Act says headlights must be installed, aligned, and maintained properly as not to cause glare, or dazzle oncoming drivers. Improper installation and maintenance of headlights can result in a fine of $110.00.

You’re not alone in your perception that oncoming lights are distracting, especially on newer vehicles, but lights aren’t necessarily brighter than they used to be. “Headlights aren’t really becoming brighter because standards limit the amount of light from all headlights at the same levels,” says Michael Flannagan, an associate professor at the University of Michigan’s Transportation Research Institute. “But blue-white colours do seem to give people more of an impression of glare – misaimed, dirty, and hazed headlights can also contribute to glare.”

Some “blue” headlights are just common halogen bulbs with a blue film, while others are a completely different type of technology. HID lights are complex, comprised of high current capacitors, transistors, and resistors. What this means for the consumer, is there are more considerations than simply swapping out your standard halogen headlight for an HID. Halogens produce a yellow-tint light in the 3,000 Kelvin range, HID lights have a higher colour temperature with a blueish tint in the 5,000-6,000 range making a significant difference in the light emissions of the vehicle.

Why Do Car Seats Have Expiration Dates?

Car seats aren’t perishable food items that go "off" after a certain length of time, but there ar...

Is Your Old Car Rattling?

It’s hard to think of something more annoying than the unidentified rattle inside your vehicle. H...

How Defrosters Work, and Why Yours Don’t

A defroster is a part of your car that you may not think about every day, but you sure notice whe...

It's been another great year for us at Parkside. This New Year's Eve, we have taken a look throug...

Does Road Salt Damage Our Cars?

With winter swinging into full force, salt crews have been on the go prepping roadways before, af...

Winter is here, and unfortunately the hot cocoa and snow days are often accompanied by cold cars ...

How To: Winterizing Your Car

Here is a quick checklist of things you should do to get ready for winter driving. Some of them o...

A vital part in cockpit visibility is your wiper blades. Click here to read about the different t...

Why Does My Car Battery Keep Dying?

This week we're focusing on what may be causing your car's battery to die. The solution is most l...

Why Do Car Seats Have Expiration Dates?

Is Your Old Car Rattling?

How Defrosters Work, and Why Yours Don’t