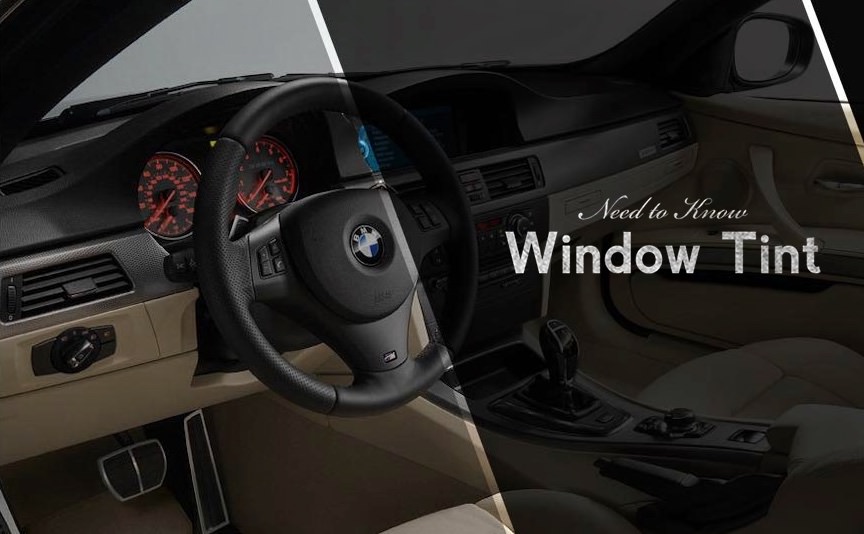 The technical black and white answer

What you read is correct, putting any window films on the front of your vehicle is technically illegal. But, because of the complexity of the issue, the conversation doesn’t end there. The argument against window tint by the government is sound; Passenger windows are meant to shatter into small round pieces in a collision to keep passengers safe, and law enforcement officers are more able to assess if people are wearing their seat belts and are safer in pull-over situations when they can clearly see inside the vehicle.

So why do I see so many tinted side windows?

The reason why this is a grey area is because of a conflict of laws and the rights of people with health issues. If a vehicle comes from the factory with “blown in” window tinting (meaning the glass is actually a darker colour) the vehicle is perfectly legal to drive. Many of the higher end vehicles you see in town with tinted passenger windows probably came directly to the consumer this way. The second issue is one of personal health. Andrew Kok, owner of Diversity Auto Films in Victoria, had this to say:

There are a handful of reasons why someone might require window tinting in their passenger vehicle. They may have retina damage as a side effect of diabetes, they might have an extreme sensitivity to light, or they may have had complications due to skin cancer that requires an extra level of protection. The Skin Cancer Foundation actually recommends that everyone should apply window tint to their vehicle for its cancer blocking UV-A filtering. With new ceramic tinting films we can actually increase the heat rejection and reduce the UV light transmission without having to black out the windows like in the past. That means you could have invisible protection for you and your family. We definitely don’t want to break the law, but with a note from your physician outlining your need for protection from the sun, we are happy to install front window films for you.

So what is the final word?

Since there is some grey area and there is a large section of the population already using tinting products, what should you do? If you are looking for tinting for superficial reasons it makes good sense to avoid it. You are subject to a $109 fine plus the cost of removal if you get a ticket. If you need the health benefits of window tint but do not want to blatantly flaunt the rules, you can have ceramic window tints installed (with a doctor’s note) that wont be visible to eye but will reduce your risk of skin cancer and UV sensitivity.

This is a broad and complex topic without a simple answer. If you are interested on reading up, here are a few articles on the subject that might give you some food for thought.

It turns out that drivers in North America have a higher rate of skin cancer on their left side due to exposure while driving. Here’s a scientific fact that most people find hard to believe: While it’s rare to get sunburned through your car windows, harmful ultraviolet (UVA) rays that contribute to premature aging and skin cancer can still reach you.

Many people with either Type 1 or Type 2 diabetes suffer from diabetic retinopathy, which can lead to blood leaking into the retina from ruptured blood vessels, causing new, weaker blood vessels to form. Once these new vessels break, which can occur at any time, the blood leaks into the middle part of the eye in front of the retina and vision is altered. This condition can be solved today through a special type of laser surgery, but each time the eye is treated with a laser it becomes more sensitive to light.

Read: Factory Tint Looks Dark, But Does it Protect?

The difference is simply a mathematical fact, and it is this: factory tint transmits 4% of the ultraviolet light and after market films only transmit 1%. Therefore, the former transmits four times as much ultraviolet as the latter. Put on a timescale, one year of exposure with the first film would require four years of exposure to get the equivalent ultraviolet light damage.