The Dutch Reach: Save a Biker 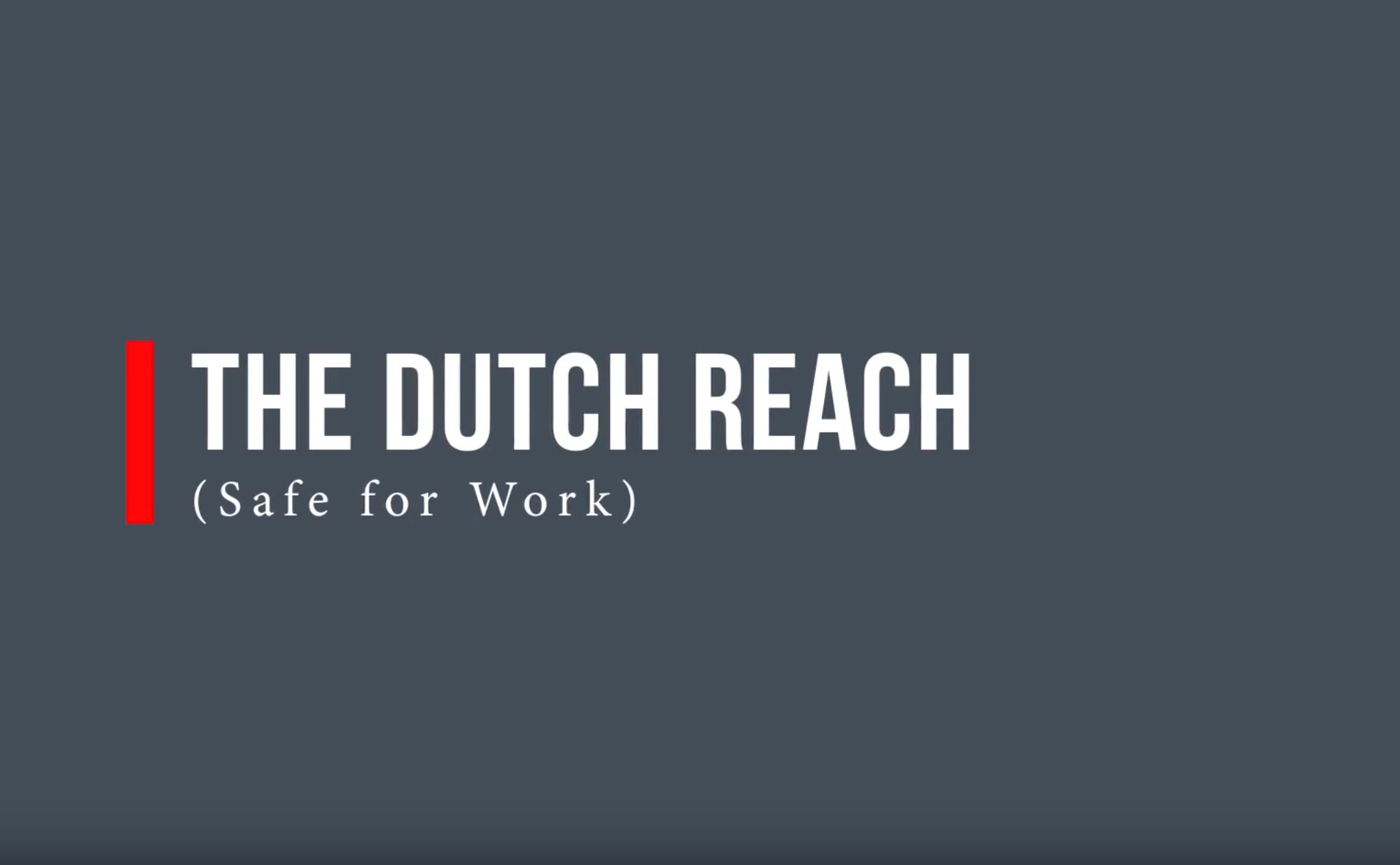 All over Victoria there is a push to extend road ways to include biking lanes so that cyclists can safely use sustainable transport to get around town. This is a fantastic initiate and we applaud the strong commitment to environmental issues. Bicycle lanes are a boon for cyclists but they can also land riders in the “door zone,” a dangerous area sandwiched between primary vehicle lanes and parked cars. In the long term, cities may need to continue designing better solutions to accommodate bicyclists, but in the meantime: drivers could learn a thing or two from a practice found in Europe. Retired doctor Michael Charney calls it the “Dutch Reach” and it addresses a serious problem on the streets of Victoria.

The phenomenon of bikers getting hit by an opening car door is so common it has its own term: dooring. According to a recent study, as many as 1 in 5 bicycle accidents involve car doors – in total, there is an average of nearly one dooring per day in most major cities. Even when bikers swerve to avoid doors, they can end up getting hit by cars. Separating bike lanes can work but it also takes time and money. In the meantime, there may be another path toward curbing this danger.

For decades now in the Netherlands drivers have been trained (and tested for their licenses) on a behavior that dramatically reduces the risk of doorings. They do not even have a name for it because it is simply how one opens a car door. Basically, instead of using their door-side (left) arm, they reach over with their other (right) arm. This simple behavioral shift causes drivers to look back naturally and see whether or not there are oncoming bicyclists. Here is a short video explanation to show you how it works:

“The Dutch Reach is a practice where instead of using your near hand — usually the driver’s left hand — to open your car door, you use your far hand. Your right hand. In doing that, you automatically swivel your body, and you position your head and shoulders so you are looking directly out. First, past the rearview mirror. And then, you are very easily able to look back and see if there are oncoming bicycles or cars or whatever.”

The simplicity of the approach is part of its genius. It trades one basic habit for an easy alternative, a cheaper and faster fix than pricey and prolonged infrastructural overhauls. Give it a try and spread the practice. It costs you nothing, and even better, it could save a life.

How to Correctly Install Your Car Seat

The leading cause of death and injury for young children is motor vehicle accidents. A properly i...

What is a Backfire?

Most people who own vehicles are familiar enough with the term "backfire" that they know it shoul...

Do You Need to Replace Your Water Pump?

If the water pump fails, your engine will not receive adequate circulation of vital coolant, and ...

Is It Worth Getting a Tow?

After an accident, once everyone is safely accounted for and information is exchanged there is al...

Removing a Broken Key from Your Ignition

Breaking your key off in the ignition is easily one of the most frustrating things that can happe...

Is My Windshield Beyond Repair?

Knowing whether your windshield can be repaired, or if you need a full replacement can be tricky....