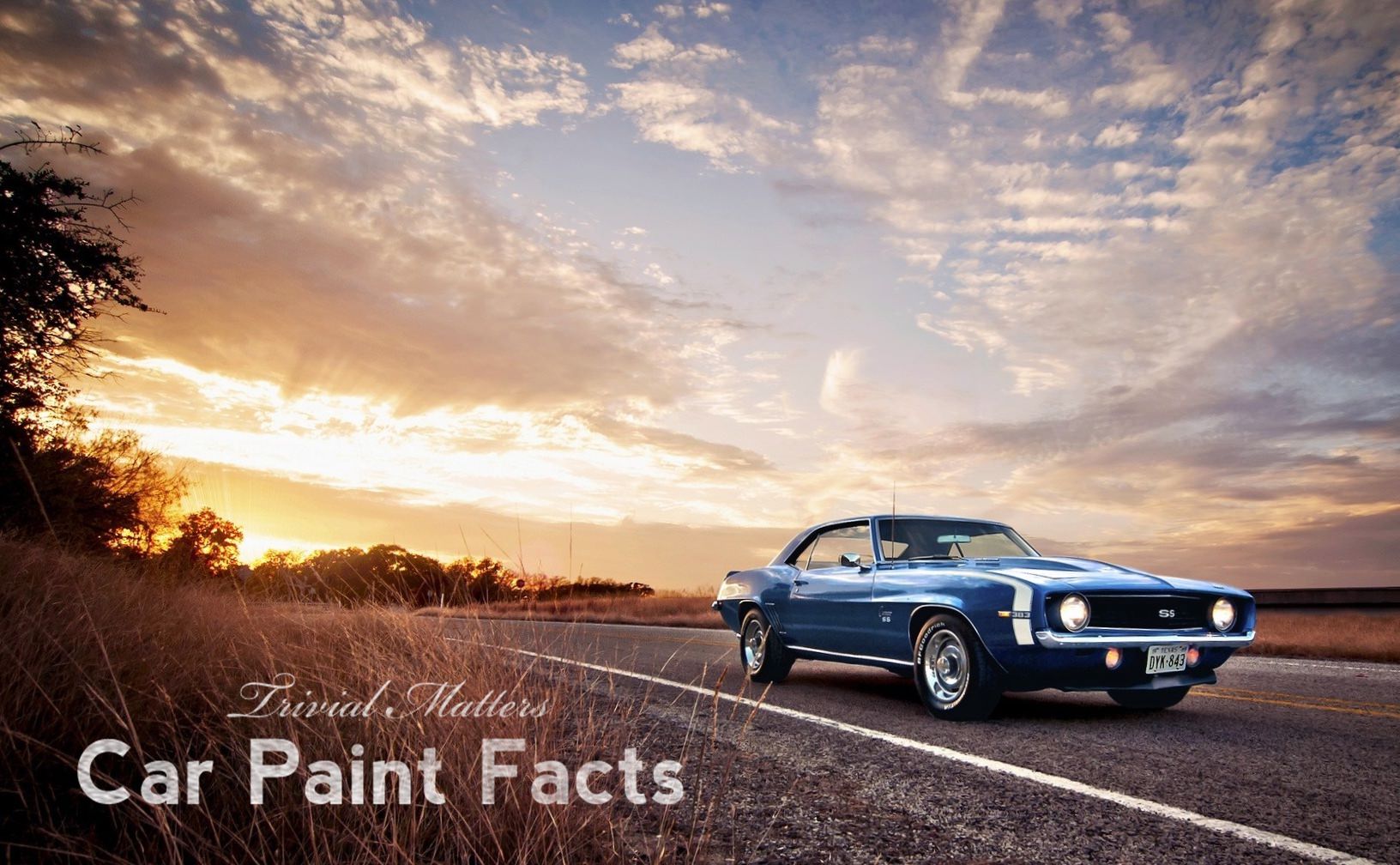 We spend a heck of a lot of time working INSIDE vehicles. Rebuilding engines, replacing mechanical parts, and performing all of your regularly schedule maintenance. It can be easy for us to forget about the OUTSIDE of your vehicle. There are so many interesting facets of a vehicle’s exterior and how it can affect your pride in car ownership, your resale value, and even your comfort. Check out these crazy bit of car paint trivia, some of them will blow you away.

1. What is the world’s safest paint colour?

The safest car colour was determined to be white. Based on studies, it is the most visible color under all conditions except snow. Though surprisingly, lime-yellow is the most visible color on the road. But being an unpopular choice for a car color, white is a more practical choice. Silver is a close second and could have been a top choice for its invisibility during heavy rains and fogs

2. Red cars don’t get you speeding tickets, but sports cars do!

You’ve likely heard the conventional wisdom that driving a red car is likely to result in being pulled over by law enforcement more often than driving a car of a different color. And at first blush this makes sense: Red is the quintessential “sports car” color, the furious hue of the Ferraris and Corvettes and other high-priced vehicles built to be driven well over the speed limit.

However, this theory is nothing more than an urban legend, according to Snopes.com. Police have long denied that the color of a car matters in attracting their attention. And statistics show that overall, it’s the kind of car you drive, regardless of the color, that affects the likelihood of getting a ticket, reports Forbes. Drivers of sporty import models like the Volkswagen GTI and the Mercedes Benz CLS-63 are more than twice as likely to be cited compared to the average driver.

So, which colours require more work to look good? Darker ones, according to car care experts.

“The darker the color, typically the more types of scratches and swirls you will begin to see,” says Mike Pennington, director of training and consumer relations for Meguiar’s, which produces car care products. There may be scratches on the white car, too, but they’re just not as noticeable.

But extra maintenance effort pays off on cars in more dramatic colours, they say.

“When you get that black car shined up, there’s nothing wetter, deeper or more stunning,” Pennington says

Vehicles on the cheaper end of the spectrum tend to spend less cash in areas that are cosmetic instead of safety related. If you have a car that chips and peels after 5-10 years you know just what we mean. But what if you buy a super fancy luxury car? Well, take a look at Rolls Royce. Each car undergoes a 22-stage process which uses more than 100 pounds (45.5kg) of paint. How long do you think 100lbs of paint will last?!

5. Some car colours are cooler…literally

Conventional wisdom says people living in hot climates would do well to buy white cars if they want to keep their cool. This is another area of sparse research, but a lighter-color car may be a bit more comfortable than a darker one in a hot climate, says Michael Duoba, a research engineer at Argonne National Lab’s Center for Transportation Research.

“We have yet to do a side-by-side study,” he says. However, he cites another research report suggesting it may be true.

In that study, scientists parked two Honda Civics, one black and the other silver, in the sun. After an hour, the silver car had an internal temperature about 10 degrees cooler than the black one, according to a report in Applied Energy in 2011.

Copyright Parkside Motors - All Rights Reserved
Back To Top