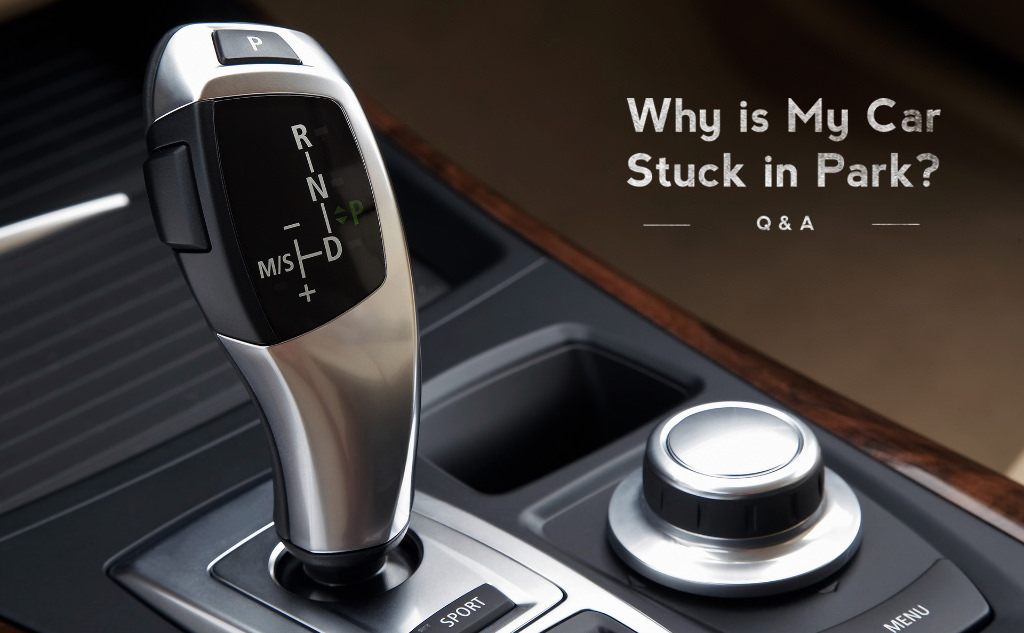 Q: “I just got in my car to go to work and could not, for the life of me, get it out of park! I know this sounds simple; You press the brake, and you put it in drive, but it simply isn’t working today. What happened?“ ~ Stuck in Victoria, BC

A: This can be very frustrating, but not unheard of. You see, since the early 1990s, vehicles with automatic transmissions have been equipped with a key-shift interlock safety feature that locks the shifter in the Park position each time the shifter is placed there. In order to move the shifter out of Park, the key must be in the ignition switch and the switch must be in the “ON” or “RUN” position.

In addition to the key-shift interlock safety feature, many vehicles prior to 2010 and all vehicles 2010 and newer are also equipped with a brake-shift interlock safety feature, which, in addition to the ignition switch being in the ON or RUN position, the brake pedal must be depressed and the button on the shifter must be pushed in simultaneously before the shifter can be moved out of Park.

What could be the cause?

The main components that control the locking and unlocking of the shifter are the vehicle ignition switch, the brake light/stoplight switch, and the shift interlock solenoid. When one of these components fails, you may not be able to move the shifter out of Park. Additionally, if your vehicle’s battery is dead, the shifter will be stuck in Park. More often than not, people have been charging their phones or tablets in the vehicle’s 12V “cigarette lighter” ports and have blown a fuse. The fuse that protects that circuit is also connected to the brake light switch so the shift interlock solenoid will no longer function. We can help to replace any blown fuses or troubleshoot which of the connected components is failing to get you out of Park and back on the road in no time.

Send us a message or give us a call anytime, we would love to hear from you.

Excessive Tire Noise (Part 1/3)
Tire noise is an issue that most people don't think about until it becomes a problem. Here are the factors that influence tire noise, so you can keep your ride comfortable.
Why Your Steering Wheel Shakes
Here are the three most common reasons behind a shaking steering wheel. Don't ignore this issue for too long, as it could be symptomatic of a serious problem.
Should I Warm-Up My Car Before Driving?
Imagine being left out in the cold all night and then asked to run a marathon - doesn't sound too good! What's the best way to treat your vehicle on a cold morning?
Copyright Parkside Motors - All Rights Reserved
Back To Top