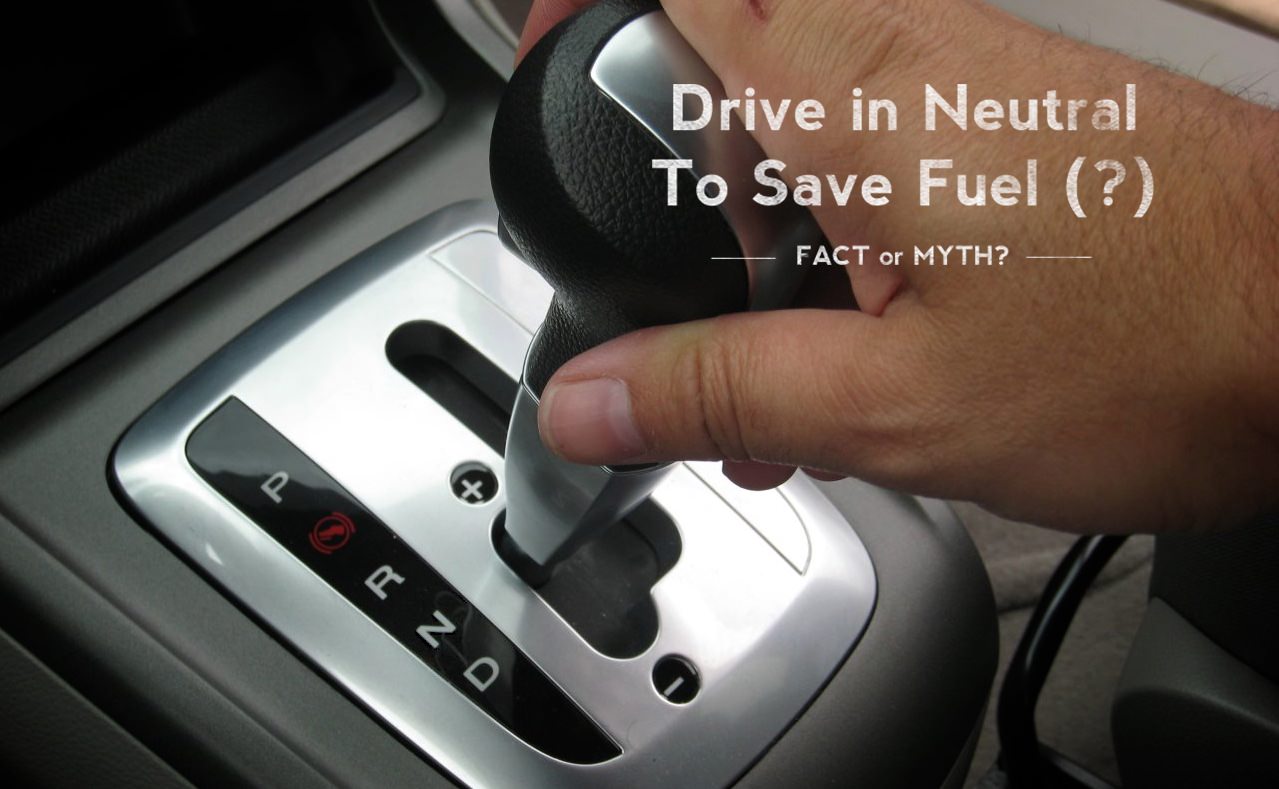 Many people who consciously try to increase their fuel economy believe that by coasting in neutral while driving down a hill or to a traffic light is going to help them save fuel. This idea is reinforced by data that you receive from trip calculators and real time fuel usage from your engine computer that it is in fact reducing your fuel consumption. The real question is whether this data is accurate or not. Below we look into a few key problems with coasting in neutral to decide if it is worth the risk.

When coasting in neutral, the engine is idling, consuming just as much gasoline as when it’s idling at a traffic light or warming up in your driveway, roughly 1 gallons per hour (gph), depending on your vehicle. Some small cars with roller cams may do slightly better, but a rule of thumb for idling fuel consumption is 1 gph. If you have the opportunity to meausre fuel usage on instrumented cars, both with scan tools and with an oscilloscope, measuring the leads leading into the fuel injectors, you would find something very surprising. Almost all vehicles show a pulse width of ZERO when coasting while in gear. Zero, as in there is no fuel injected at all. Yes, the engine is turning over, the pistons are going up and down, the water pump, alternator and a/c compressor are working, so technically you can say the engine is running. But it’s not consuming any fuel. And that goes for automatic or manuals. This is because all modern cars use a fuel injector cut off to save fuel while coasting, but it only does this if the vehicle is in gear, NOT while it is in neutral.

If the driver has to accelerate or quickly change lanes to avoid unsafe road conditions, the last thing the driver will think of is whether the vehicle is in gear. With the car out of gear, drivers and passengers are more at risk when it comes to reacting quickly. There is some question as to legality as well. Driving at speed with the car out of gear reduces the driver’s ability to react, and may actually be illegal in many countries for that exact reason.  Drivers also run the risk of having mechanical issues if they shift incorrectly or over-rev the engine. What if the vehicle stalls? Will the driver find the right gear or put it in reverse? These are all risks to your safety and the safety of others on the road.

The level of sophistication in today’s vehicles goes beyond the driver being able to outsmart the systems. The computer is always going to maximize fuel consumption and emission levels, no matter what the situation. You may wonder, then, why your  car-mileage-information computer goes wild with increased mileage while coasting. That is a good question. It turns out that the algorithm the trip computer uses is not based on how much fuel is actually consumed, but on some calculated value based on airflow past the mass airflow sensor, manifold vacuum and engine rpm. And it’s not accurate under these coasting conditions. That’s why when reviewers who  publish fuel economy numbers they never just print the numbers off the trip computer’s display: They use the gallons pumped into the tank divided by the mileage on the odometer—which they check against a handheld GPS.

Understanding Inspections
Some shops just use inspections to upsell you on services you don't need. At a good shop, inspections are valuable tools to keep your car in good shape.
What Does TPMS Do?
TPMS is an under-rated feature of modern vehicles. A properly functioning TPMS system will keep you safe and save you money. Here's how it works.
Building Your Toolbox
Here are a few must-have pieces for your automotive toolbox. Every DIYer knows that the right tools not only make the job easier, but improve the results too.
Copyright Parkside Motors - All Rights Reserved
Back To Top