Q&A: Why is My Automatic Always in Gear? 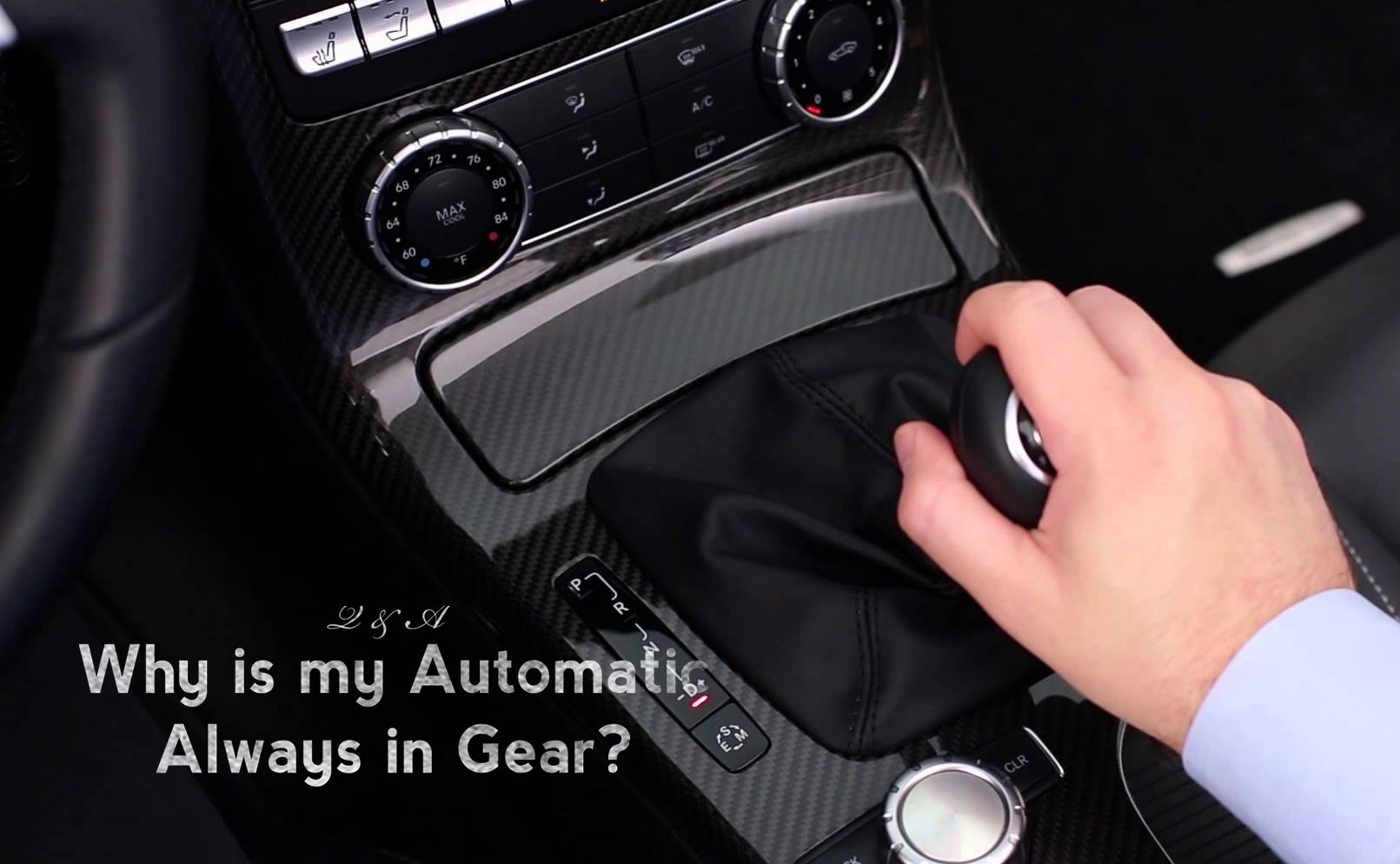 Q: “Why is it that my automatic transmission vehicle is always in gear, even when I’m stopped? If I don’t keep my foot on the brake, it automatically moves forward without me pressing on the gas. Is this a feature or a bug?” ~ Easily Moved in Victoria.

A: This is a good question. You are right that your automatic transmission is always in gear, that is, when you have it in one of its drive modes. The engine is connected to the drivetrain through the torque converter, which is a hydraulic coupling. As long as the engine is turning, torque is transmitted through the converter. At higher engine speeds, the torque converter locks up and acts basically like a direct mechanical linkage—like an engaged clutch. But at low rpm, the TC allows slippage. The brakes can hold the drivetrain still, while the engine turns on the other side. If you take your foot of the brake, the force transmitted to the axle isn’t counteracted by the brakes, and the car can roll forward.

The torque converter is a very interesting invention.  Think of two really small jet turbines facing each other, one connected to the engine output, and one connected to the transmission output. Between and around them is hydraulic fluid (really thick oil). When the engine is spinning (which is when the car is running) its turbine moves that hydraulic fluid with it. That makes the transmission output turbine want to move as well. But it doesn’t have to. It can be held in place by holding your wheels still with your brakes.

Is this hard to visualize? It is for most people who have never seen one before. Below is an amazing old video. It is an army instrucitonal video from the 1950′s. They use a large model of these fans to show how fluid coupling works. It is slightly different in modern cars, but the basic principle remains. It is a brilliant invention that moved the majority of the population away from manual transmission cars.

Here at Parkside, we respect the DIY spirit and like to see people taking their auto maintenance ...

Did You Blow a Gasket?

A "blown head gasket" is a phrase that strikes fear into the hearts of auto enthusiasts and novic...

Should I Warm-Up My Car Before Driving?

Imagine being left out in the cold all night and then asked to run a marathon - doesn't sound too...