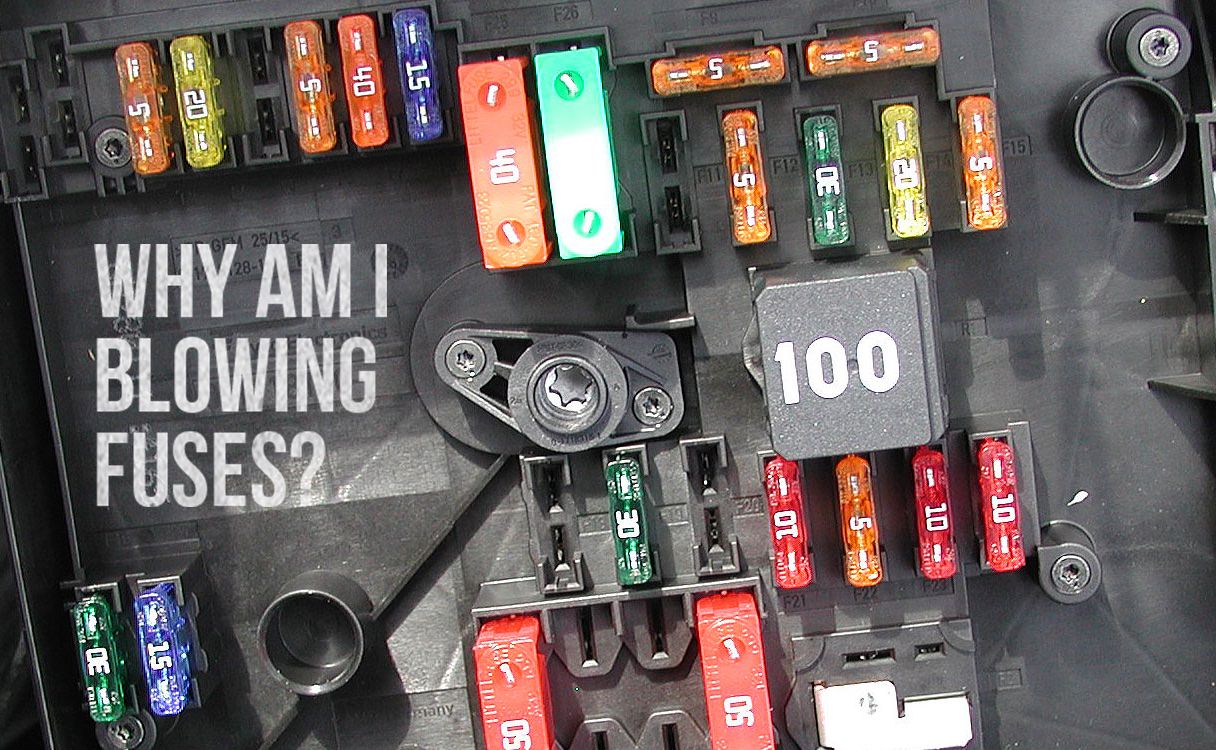 Every vehicle has a fuse box somewhere in the cabin, usually underneath the steering column near your feet or hidden within the glove box. These fuses are safety devices consisting of a strip of wire that melts and breaks an electric circuit if that current exceeds a safe level. You will know is you blow fuse because any of the components on that circuit will stop working, like the radio, the interior lights, or the electric side mirrors. There are a few reasons why you might continually blow the same fuse. Let’s take a look at the usual culprits.

The fuse is the incorrect amperage rating

Let’s start with something simple and obvious. Be sure to check, first, that the fuse has the correct amperage rating for the circuit it is in. The vehicle’s manual should contain a diagram with this information. Check what devices or lights are on that circuit, as it may be the case that a new amplifier pulls too much power, causing the fuse to blow. The more devices there are on one circuit, the heavier the amp load.

Each electric device, including headlights and radios, pulls a certain amount of amps from the electrical system. The number embossed on the fuse, such as 5, 10 or 15, indicates how many amps may be pulled through the fuse before it blows. Each wire in a car has a specific gauge or thickness. The amount and type of conductor used in a wire determines how much power it can handle before it overheats and melts. Electric devices also have these same limitations. They can only handle so much power before catastrophic failure and possibly a dangerous fire occur. Fuses protect both the wiring and the devices in the vehicle.

You have a short

A short circuit is simply a low resistance connection between the two conductors supplying electrical power to any circuit. There are three main causes of a short circuit. Each one has tell-tale signs we look for during our investigation. The three causes from the most common to the least common are:

If you blow a fuse

To see if a fuse has blown, the first step is to consult the owner’s manual. The location of the box and the assigned circuit for each fuse should appear in a diagram in the manual. Most newer cars allow removal of the fuse box lid by hand or with a flat head screwdriver. Some fuses are designed to come out by hand, while others require a pair of tweezers or a smaller pair of needle-nose pliers. Inspect each fuse visually, and replace as necessary. They only cost a few cents and it is a good thing to know how to do. They can be purchased from any car parts shop or hardware store.