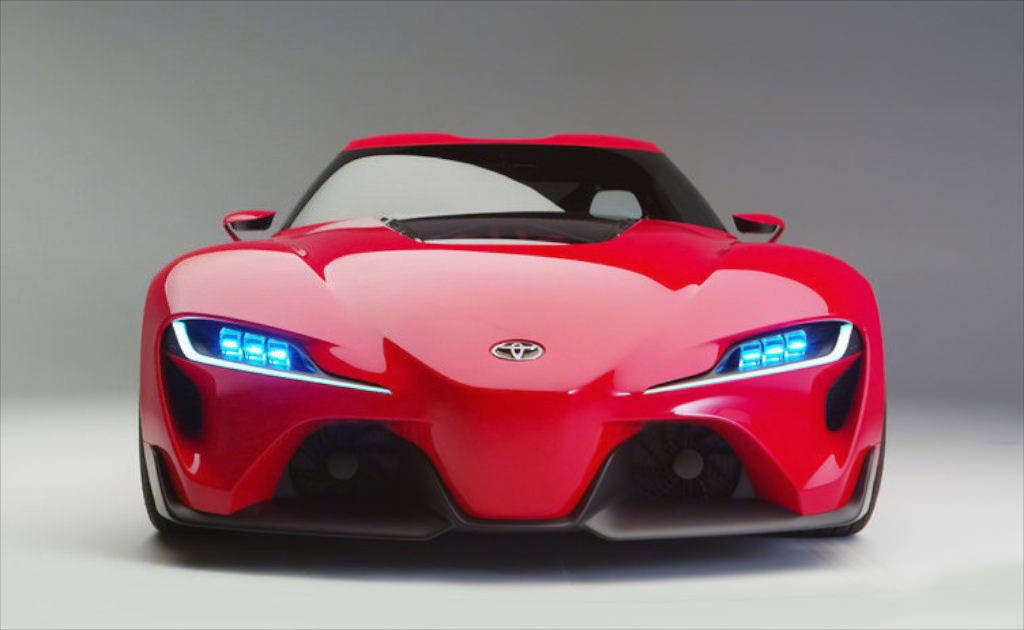 The Detroit Auto Show is just wrapping up, here is a round up of some of the coolest concept cars that were unveiled last week.

1. Calling the FT-1 a “spiritual pace car” for the company, the design hints not only at a possible Toyota sports car, but also design themes that could land on numerous Toyotas in the future.

2. Audi Allroad: Though it may not look like it, this car is a preview of what the next TT coupe and roadster will look like when Audi debuts them later this year. The Allroad concept’s interior will also be featured on the production TT.

3. Kia GT4 Stinger. Designed by Kia’s California studio, the GT4 certainly has a sunny SoCal vibe to it.

4. Dieter Zetsche, Chairman of the Board of Mercedes Benz, arrives in the new Mercedes S Class Coupe at the 2014 North American International Auto Show in Detroit.

5. The two-door, four-seat XC Coupe rolled onto stage here at Cobo pre-outfitted with a matching ski box, looking sharp on its 21-inch wheels. According to Volvo, the box isn’t an afterthought – in fact, the XC Coupe’s design itself was “inspired by modern sports equipment.”

6. The Volkswagen Beetle Dune concept car was unveiled featuring ski mounts on the roof of the hatch.

7. Honda has a thing for rear fender skirts—they date back to the first Honda Insight. This hydrogen fuel cell-powered concept, the FCEV, looks like it made a wrong turn out of a Hollywood sci-fi studio.

8. Toyota’s FCV concept previews what a production hydrogen vehicle could look like when it debuts in 2015. The styling is cool, a four-seater that looks like a futuristic Prius.

9. The Nissan iDX echoes the legendary Datsun 510 with this simple, three-box coupe concept that’s happy on the racetrack and the street; it even displayed a separate race-ready version.

Do You Need a Wheel Re-Torquing?
Re-torquing is simply making sure your wheel's lug nuts (the things keeping the wheels attached to the car) are tightened properly. It's as simple as that!
5 Best from 2020
Although 2020 was a wild ride, it was a good year for us at Parkside. At the beginning of 2021, we thought it would be fun to take a look through our analytics to see which were the most popular posts of 2020.
Here’s to 2021
From all of us at Parkside Motors, Happy New Year! We hope you have a great celebration, and wish you happiness and health for the new year.
Copyright Parkside Motors - All Rights Reserved
Back To Top