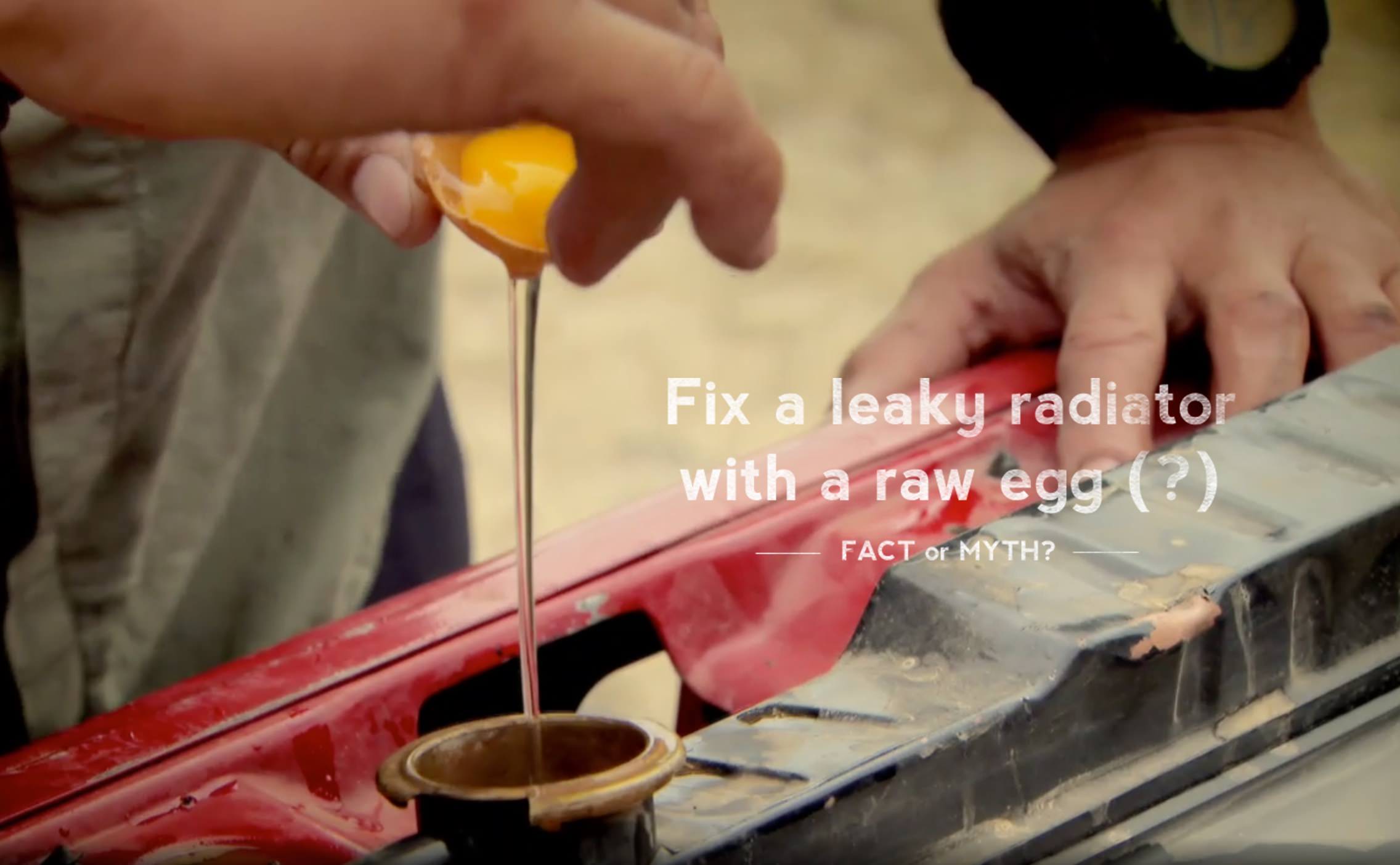 You can pretty much assume that anytime you see Jeremy Clarkson or any of his cronies doing something crazy to a car on their show, it enters the general consciousness as a plausible course of action when the same issue comes up in real life. The problem we are talking about here is the quick fix for a leaky radiator. On one of their cheap car challenges, Jeremy cracked an egg in his radiator to fix a leak long enough to get him from point A to point B. The question remains, though, does this actually work and what does it do to your car?

Radiators leak for a variety of reasons. Some of these are easily repaired, and some require you to buy and install a whole new radiator unit. The idea behind the raw egg business is that the proteins in egg coagulate at a fairly low temperature, essentially turning into scrambled eggs shortly after entry, which would then be pushed towards the leak from the internal pressure. The hope would be that part of the egg protein would lodge itself in the leak and keep the radiator from losing all of its coolant before you arrive at your destination.

This really should be only a very VERY last resort. Like, if you were in the middle of the dessert and you had one bottle of water between your car and yourself and the radiator is empty and you need to get to safety…and you have an egg for some reason. In actual fact, even if this did the clog the leak, which it could (temporarily), what would happen after you get your radiator properly fixed? The egg could have ruined your heater core by then and the coagulated egg stuffs could be lodging themselves everywhere, not just in the crack causing your leak.

A much better solution is to stop at Canadian Tire and grab some Stop Leak or any other mechanic recommended radiator additive. They clog up any leaks without ruining your whole cooling system in the process. Once it gets you back on the road you can hit us up for a plan to fix the problem for good. It may be a good idea to keep a roll of electrical tape in your glove box if you have been having issues with a leaking radiator. You could use it quickly patch up a hose or a small leak to buy yourself some time before you can get to the shop. It is also helpful for a wealth of other little fixes inside your vehicle and out, so it may pay dividends in the future.

Don’t have egg on your face, use an additive for a short term fix instead of a raw egg. Your pocketbook will thank you come repair time!