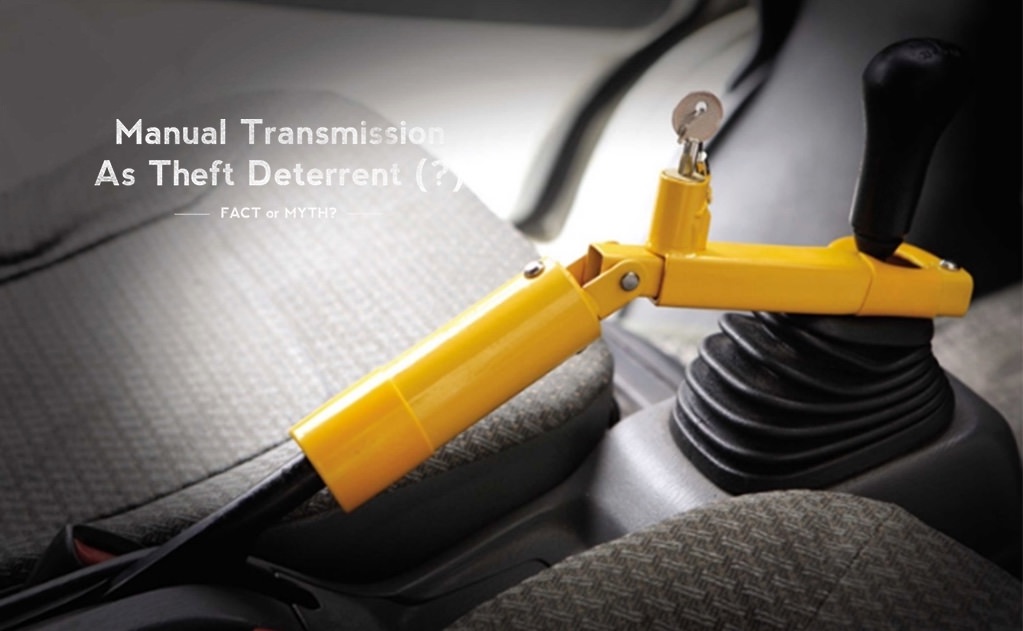 Before we get into anything, what the heck is that thing in the image above?! It is obviously some kind of “club” for your gearbox, but I have to say, I have never seen anything like it. Now, to the task at hand. Last week we talked about whether or not manual transmission vehicles get better fuel economy than automatic vehicles (if you missed it you can see it right here). This article actually brought up a lot of other interesting questions and tidbits. Many people commented that they just love driving stick and that it makes them feel more involved in driving and more in tune with the vehicle. We completely agree. Others wondered if the age of cell phones and HUDs in vehicles make manual transmission another added distraction. That is very possible as well. One thing that came up a few times, though, was the idea that manual transmission might actually make your vehicle harder to steal, especially in a day and age where most youngsters aren’t taught to drive stick when they are starting out. Is this true, or just a conveinient myth?

The theory is that because fewer people know how to drive stick shifts these days, cars equipped with them are less likely to be stolen (the article at this link to the left is an hilarious example). Frank Scafidi, director of public affairs for the National Insurance Crime Bureau, which tracks car theft trends, says he’s not aware of any data to refute that idea.

“Some thieves might be thwarted in their attempt to steal a car with a manual transmission, since many thieves possess varying levels of intellect. That very personal element is also a factor in the degree of expertise necessary to overcome some of the more sophisticated security systems.” Frank Scafidi – NICB

If it is true that most car thieves are just not that swift and therefore resort to stealing older, easier targets, than this myth just might have some legs. Of course, there are those in the car thief ranks who are quite capable of making off with anything that they intend to steal, especially with car theft deterrents becoming more and more sophisticated. So, while this may be true for the unruly gang of teen thugs in the story linked above, it is probably not true of a career car thief. Every little bit can help though…maybe we should hunt down a source of those yellow e-brake/shifter padlocks above, then we would have nothing left to worry about!